More Than A White Coat

What is the relationship between the labels attached to our clothes and their influence on our behaviour?

The clothes we wear hold a myriad of personal meanings. Some are linked to the person who gifted them to us. Others come to represent a particular season in our life. They can serve as vessels to help us access a part of our selves that is hidden behind the many layers of identity we put on as we navigate life. In her book ‘Worn Stories,’ author Emily Spivak recounts the anecdote of a writer who always wore the same shirt whenever she was trying to write. The shirt was gifted to her by a man she was in love with at a significant time of her youth.

She believed that wearing the shirt allowed her to connect with a younger version of herself, one that was more emotional and vivid – qualities that helped her to write.

The idea that our clothes could assert some sort of influence over our behaviour isn’t groundbreaking. Whenever I tell people that I studied fashion psychology, they often respond by explaining to me how wearing certain clothes makes them feel more confident. Research has done its bit to confirm that this is indeed a common occurrence, as I explored in my last article. Other accounts by actors also give evidence to the way that wearing the costume of their character improves their performance. And I once met a man, who always wore shoes while working from his home office to put himself in the mindset of being ‘at work’. 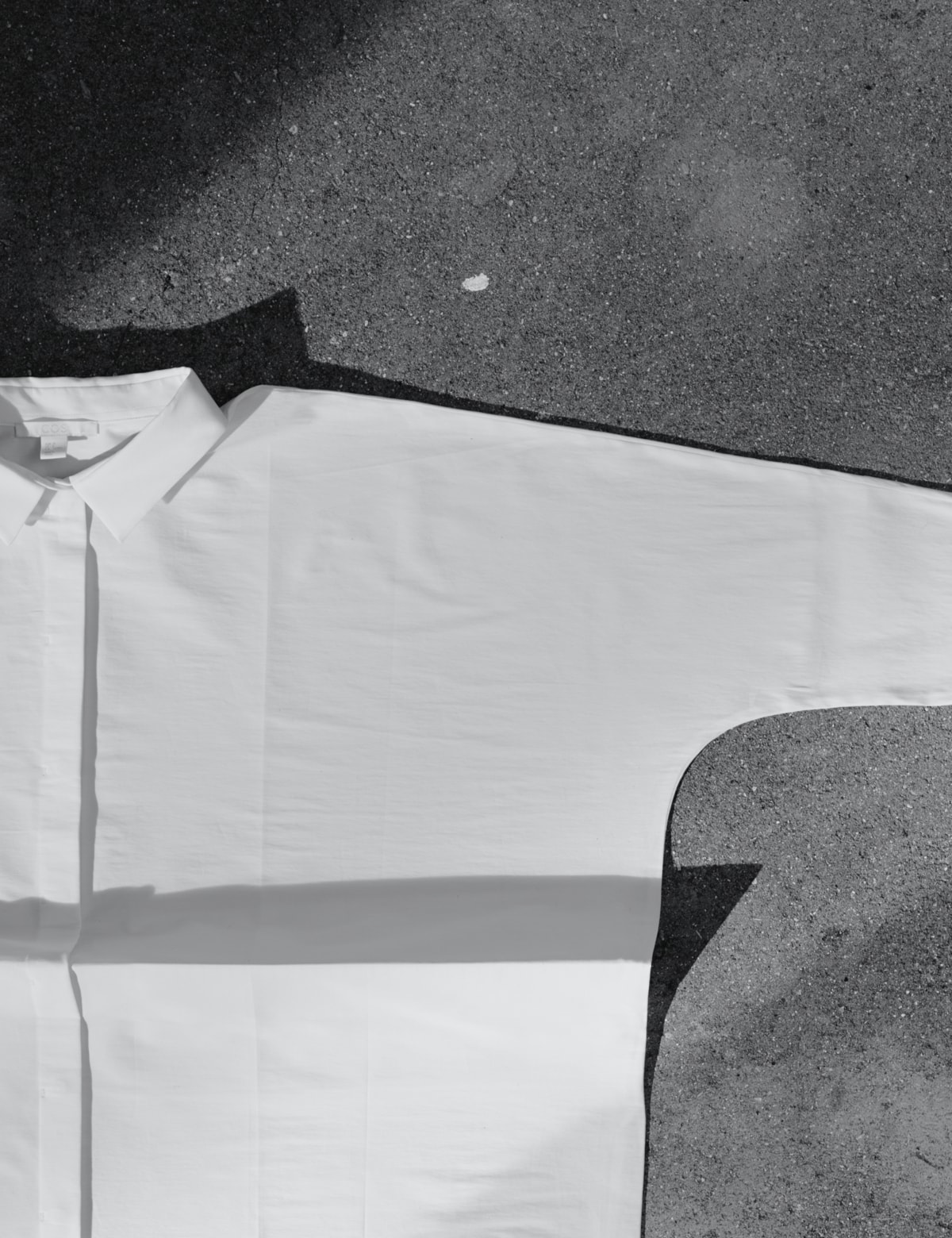 Image by COS Men, 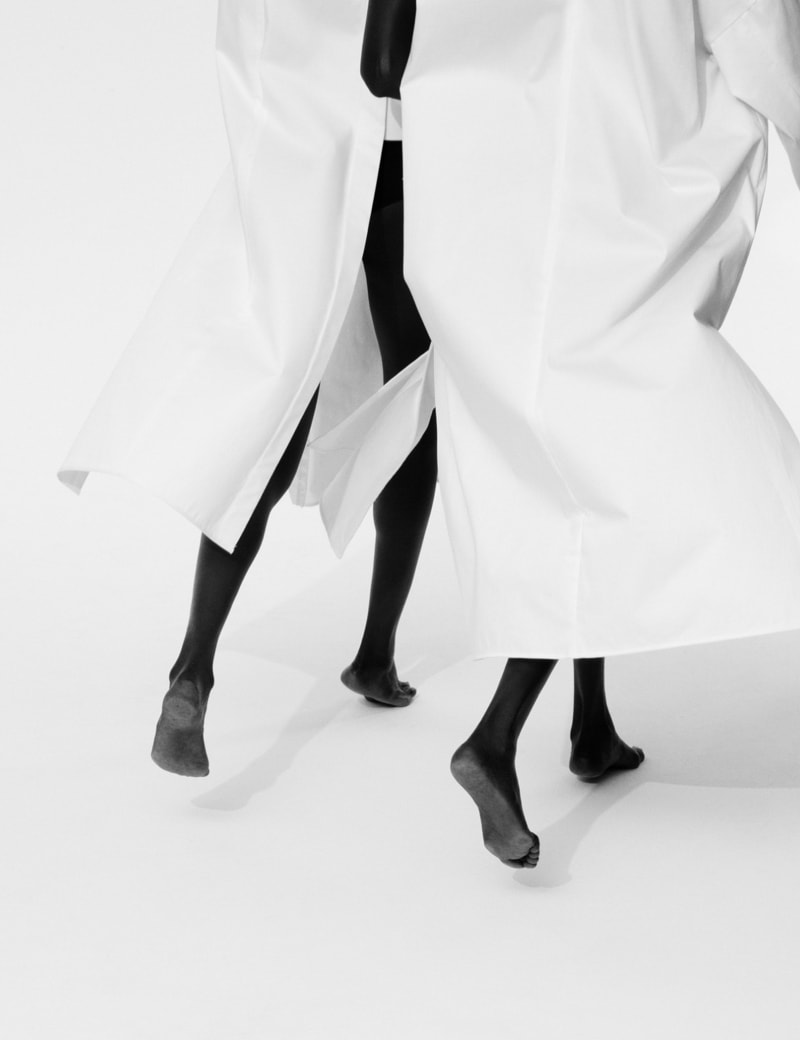 Not only do these stories speak of personal symbolisms that individual people ascribe to specific garments, but they are also examples of conscious actions people have taken to change their behaviour by wearing a particular item of clothing. It is therefore questionable whether it is really the clothes, the actual physical objects, that exert this influence over the person. And how can something be measured that is deeply personal and exclusively meaningful to the individual? To acquire scientific evidence to back this belief, one would have to devise an experiment using a garment that holds a shared symbolic meaning and testing the influence of wearing this garment on the thinking, acting and feeling of a randomly selected group of people.

That is precisely what psychology researchers and HAJINSKY namesakes Hajo Adam and Adam Galinsky set out to do in a study involving white lab coats. Having first established that this type of coat is generally associated with activities that require increased attention, they measured whether manipulating the symbolism attached to the same lab coat, by altering between calling it a ‘painter’s coat’ or a ‘doctor’s coat’, would influence an individual’s attention and performance.

The experiment compared the results of three participant groups: one group who wore the ‘painter’s coat’ during the task, another who wore the ‘doctor‘s coat’ and, finally, one group of participants who believed the lab coat was a ‘doctor‘s coat’, but instead of wearing it, merely got to look at it during the experiment. When the group that believed they were wearing the ‘doctor‘s coat’ significantly outperformed both other groups, the researchers concluded that not only the symbolic meaning ascribed to the lab coat but also the physical act of wearing it, profoundly affected participants’ cognitive processes. In other words, the label of the lab coat influenced the wearer’s thoughts, feelings and behaviour. Assuming that this phenomenon is transferable to other garments, they called this theory enclothed cognition. 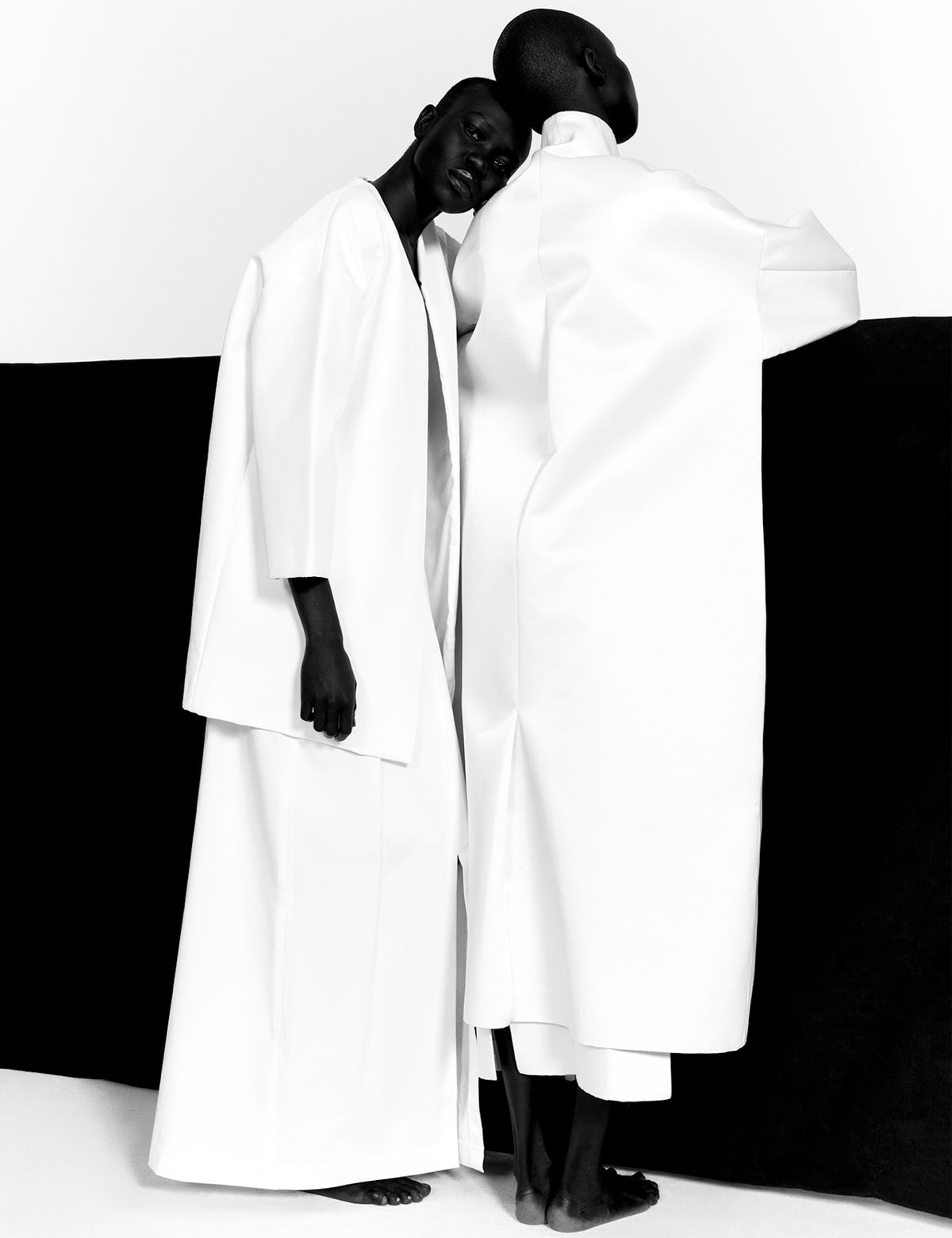 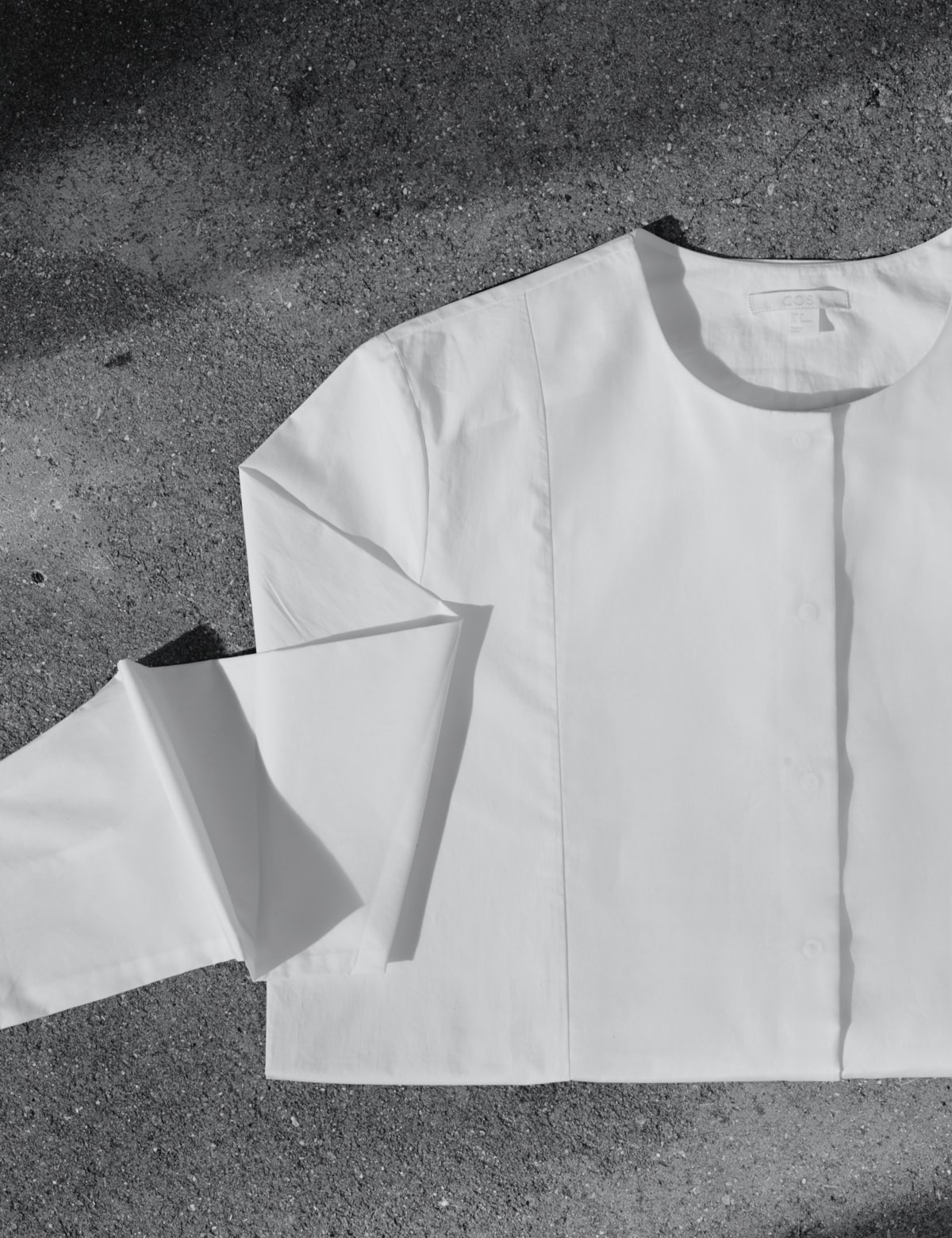 Image by COS Women,

Since then, numerous studies have further supported these findings. One such study tested the influence of formal wear on abstract decision making, which has been related to being able to forego immediate gratification for long-term benefits. Apparently, wearing a suit can help with things like saving money or dieting. Just like Adam and Galinsky’s findings on the influence of lab coats on attention...

...research is confirming that clothing has the power to shape our lives.

In a research project I conducted on the meaning of the clothes associated with a high street brand, one of the participants described herself as being a clone of the brand, referring to the fact that she was very much aware of her likeness to other customers, who also bought the brand. She expressed that they all somehow shared a lifestyle and certain values, which they felt could be lived out by wearing the brand’s clothing.

The theory of enclothed cognition suggests that the relationship between our identity and the group identity symbolised by our clothes is a reciprocal one. As we wear and embody the meaning of certain clothes, we acquire, by the physical act of wearing these clothes, the group identity symbolised by them. Considering this influence of the symbolisms attached to clothes on our behaviour highlights the responsibility and the opportunity that presents itself to brands to improve wellbeing, influence behaviour and ultimately shape culture. To borrow the words of Virginia Woolf from her novel Orlando,

“...there is much to support the view that it is clothes that wear us, and not we, them; we may make them, take the mould of arm or breast, but they mould our hearts, our brains, our tongues to their liking.”

Articles related to
More Than A White Coat

The Meanings We Wear

The Act of Covering